Join the Cambridge Public Library for the next Horizons lecture, where UN Special Rapporteur on Free Expression David Kaye will be discussing the issues raised in his new book Speech Police: The Global Struggle to Govern the Internet.

Ellery Biddle of Global Voices will engage Mr. Kaye in conversation about the substance of the book and moderate audience questions.

The social media platforms are a major part of most significant public debates from the Christ Church attack to the Brazilian elections. The platforms have made their own rules so far, but countries around the world are now taking action to regulate them. David Kaye, the United Nations’ special rapporteur on free expression, has been at the center of the discussions of these issues for years. He has been a part of closed door meetings with companies, governments, activists, journalists and others. In this event, he will discuss the social media platforms and how we can start to cope with the complicated problems that they present.

Presented as part of Horizons: Exploring Breakthroughs in Science & Technology and Their Impact on Society, a lecture series of the STEAM Initiative at the Cambridge Public Library. 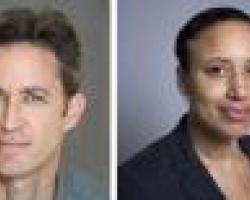 The International State of Digital Rights, a Conversation with the UN Special Rapporteur

UN Special Rapporteur on the…