The long-term viability of an unowned, open Internet remains in question.  Any analysis of where the Internet is headed as a protocol and a platform must take into account the activities of both public and private entities that see the Internet as a source of intelligence -- and a field of contention.   The Berkman Center for Internet and Society is pleased to invite the community to continue the conversation on the future of the unowned Internet on April 8, 2014 with a discussion that aims to leverage perspectives from inside and outside the U.S. intelligence community to bring some clarity to a discussion often rife with confusion. Yochai Benkler is the Berkman Professor of Entrepreneurial Legal Studies at Harvard, and faculty co-director of the Berkman Center for Internet and Society. Before joining the faculty at Harvard Law School, he was Joseph M. Field '55 Professor of Law at Yale. He writes about the Internet and the emergence of networked economy and society, as well as the organization of infrastructure, such as wireless communications. John DeLong is the Director of Compliance at the National Security Agency. Prior to his appointment in July 2009 as Director of Compliance, Mr. DeLong served as the Deputy Director of the NSA/CSS Commercial Solutions Center, which addresses the strategic needs of NSA/CSS and the national security community by harnessing the power of U.S. commercial technology. Mr. DeLong previously served in a joint duty position as the Deputy Director of the National Cyber Security Division at the Department of Homeland Security, where he applied his technical, operational, and policy expertise to a wide range of cyber security issues. Anne Neuberger serves as the Director, NSA/CSS Commercial Solutions Center (NCSC) – NSA’s interface with the private sector – and as a member of NSA’s Senior Leadership Team. Prior to her assignment as Director, NCSC, Anne served as Special Assistant to the Director, NSA, for the Enduring Security Framework (ESF). In that capacity, Anne built a deep and effective partnership between leading companies, the Departments of Defense, Homeland Security, NIST and NSA, on initiatives across a broad set of technical and policy areas.

Bruce Schneier is an internationally renowned security technologist, called a "security guru" by The Economist. He is the author of 12 books -- including Liars and Outliers: Enabling the Trust Society Needs to Survive -- as well as hundreds of articles, essays, and academic papers. Moderator: William (Terry) Fisher received his undergraduate degree (in American Studies) from Amherst College and his graduate degrees (J.D. and Ph.D. in the History of American Civilization) from Harvard University. Between 1982 and 1984, he served as a law clerk to Judge Harry T. Edwards of the United States Court of Appeals for the D.C. Circuit and then to Justice Thurgood Marshall of the United States Supreme Court. Since 1984, he has taught at Harvard Law School, where he is currently the WilmerHale Professor of Intellectual Property Law and the Director of the Berkman Center for Internet and Society. His academic honors include a Danforth Postbaccalaureate Fellowship (1978-1982) and a Postdoctoral Fellowship at the Center for Advanced Study in the Behavioral Sciences in Stanford, California (1992-1993). 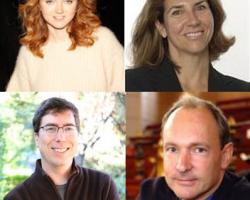 In the wake of the disclosures about government surveillance and the rise of corporate-run applications and protocols, is the idea of an "unowned" Internet still a credible one?…