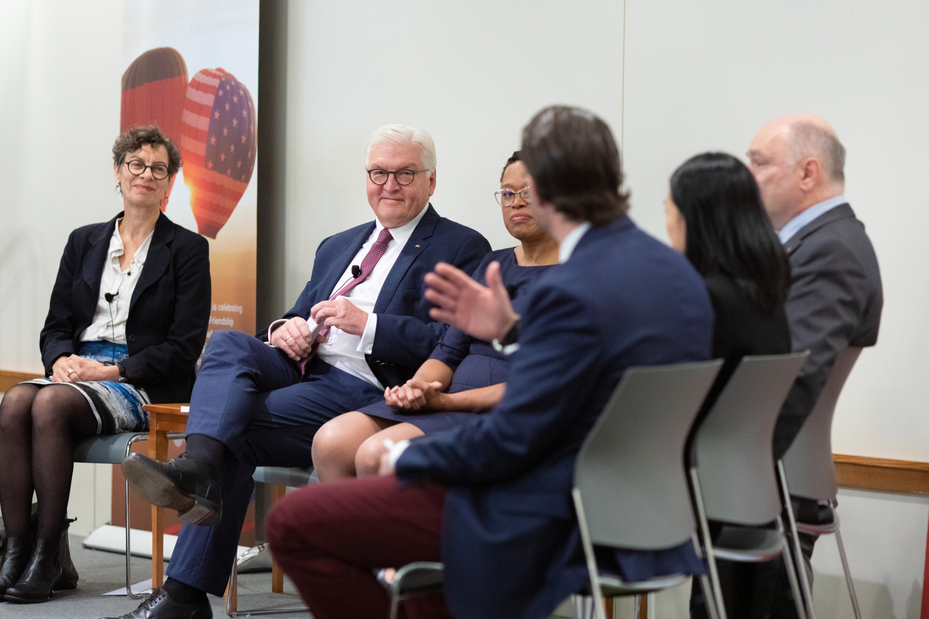 The President of Germany, Dr. Frank-Walter Steinmeier, joined the Berkman Klein Center for a special event to discuss the Ethics of the Digital Transformation. Steinmeier began his talk with a question that he said is key to his presidency and to the future of liberal democracy: How do social media and the internet, particularly Twitter and Facebook, change the democratic culture of debate?

Read more in Harvard Law Today and The Harvard Crimson

Watch the interdisciplinary panel discussion which covered topics ranging from the risks and opportunities of AI to whether law and ethics are equipped to govern the digital transformation.