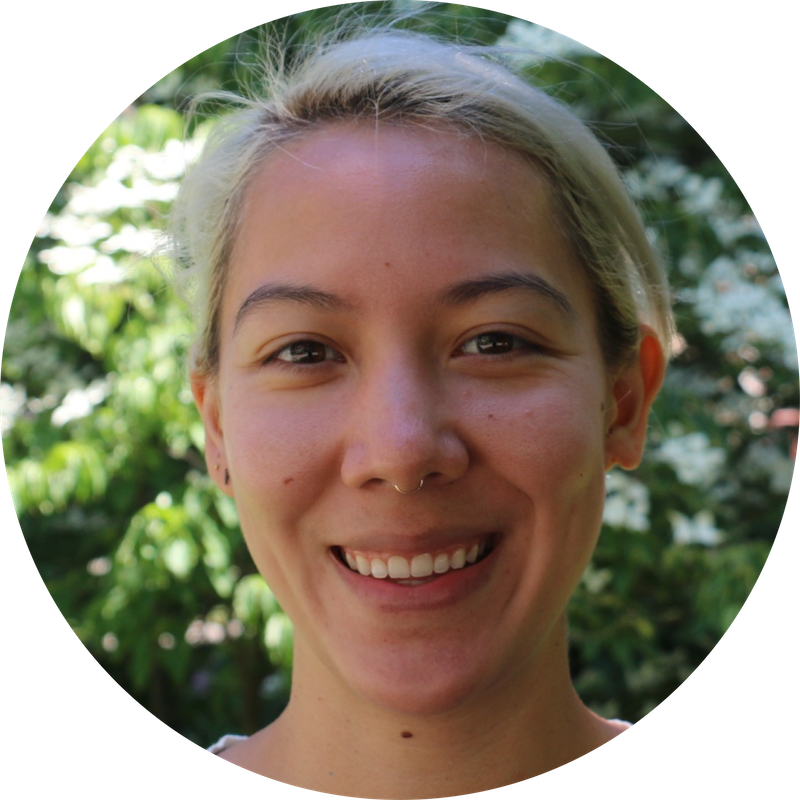 Nick-Brie Guarriello is a Pokemon Go gamer, Feminist Film Studies professor, and a ctrl+F book scanner! In this interview with BKC summer '18 intern Andrea Nishi, they discuss the blurred lines between recreation and research, the challenge of satisfying the self versus the fanbase, and the balance between teaching and research in academia.

Guariello's connection to gaming goes far back, and they are enthused to continue this purposeful work at the Berkman Klein Center. They see BKC as a place to explore, expand, and understand the ‘who’ in derivers of profit and micro-celebrity status online. In addition, they look forward to the opportunity to strengthen their “backbone” in legal scholarship.

Can you give a quick summary of what you’ll be working on at BKC?

I’m going to be examining how social media platforms promote gig economies or freelance work for creative workers. I particularly have insider access and knowledge with the Pokémon community (I'm a competitive Pokémon Trading Card Game player, Pokémon GO casual player and Pokémon handheld games). The rise of social media has really popularized forms of work so one can aspire to be a micro-celebrity or even an influencer. I'm really interested in how people can become these micro-celebrities online and how they sustain their income. I'm also thinking how race, gender, disability, and class interact with one's ability to even enter these markets as well. Whose emotional labor is valued, and whose labor is precluded or dismissed from uploaded content or live streams?

I'm really interested in how people can become these micro-celebrities online and how they sustain their income. I'm also thinking how race, gender, disability, and class interact with one's ability to even enter these markets as well. Whose emotional labor is valued, and whose labor is precluded or dismissed from uploaded content or live streams?

What brings you to BKC?

I first found out about the fellowship through one of my committee members, Catherine Squires. She really pushed me to apply for it, she said “You’re doing this cool work on internet culture and social media. You know, Berkman Klein might be a really good place for you.” And my first reaction was like “But there’s full professors that apply. I don’t think I can get it. It’s not gonna happen.” But then it happened and I was like “Oh my god, Catherine, it happened!” and she was like “...Yeah, I told you.”

After Catherine really pushed me to apply, I looked into Berkman Klein and I saw that there are a lot of people there, especially legal scholars. That’s not my forte, and I think I really need that backbone that I lack within my understanding of feminist media studies and my research on Pokémon GO and content producers. So I think Berkman Klein fills that space really nicely for me. I’m really thrilled that Berkman Klein seems like a space where, yes, I can fulfill my project that I applied with but I can also expand my ideas and even build myself as an early career researcher and academic.

Was there a pivotal moment in your education that made you interested in academia? Did you have a particular class or teacher or experience that helped you realize that this is something you wanted to pursue?

I did my undergraduate at NYU #studentdebt. Seriously, I have Pokémon named “student debt” just so it will say “Your student debt is colossal” and I’m like “I know! Thank you!” But yeah, coming from my family background, we lived paycheck to paycheck. I was holding down two jobs at NYU, so I was like “I need to get to law school, go more in debt (that was the logic), in order to make a lot of money and be able to support my parents as well.” Then I took a class with Sharon Heijin Lee called The Politics of Gangnam Style, just when that song became really popular, and then I took her class the following semester on The Geopolitics of Beauty. Those two classes really solidified that, you know, I don’t want to go into law. I love law and I love reading about it, but I don’t think I have the personality or the stamina to do law school, because it feels like it tears you down. It’s not that the Ph.D. doesn’t tear you down, I’m feeling that every day. But for me, with the Ph.D., it’s a balance of teaching and research, and I felt like that clicked more. I enjoyed the research and I enjoyed teaching more than I probably would enjoy being an attorney or practicing law.

Speaking of teaching, you have really good reviews on RateMyProfessors. Could you talk a little bit about what do you think makes a good teacher and how you try to bring that to your classroom?

For me, I always try to engage with not just scholarly and scholar-activist work and to not just draw from the canon. Even though I teach gender theory and communication theory, I try not to assign Foucault or Butler, and I try not to assign Marx. I’d rather assign people who critique or expand on Marx. I try to engage with current work that builds on the scholarship instead of just going back to the canon and reading old dead white cisgender men. Like, seriously.

But also, I always learn better through play or visuals because I’m dyslexic, so reading for me always takes a long time. And I’m sure there are students that I’ve encountered that either also have dyslexia or reading problems or when under stress, might not comprehend reading as well. For me, it’s more a facilitator role than talking down and saying “This is what you need to learn.” It’s a back and forth exchange. Everyone will have their own balance, but for me, it’s about combining traditional assignments of reading and writing with more free writing and play and visuals, if possible.

How did you get interested in Pokémon specifically? What has fueled your interest in it over the years?

The first games came out in ‘96, but I started playing in ‘97/’98. My parents sold their wedding bands in order to buy me a Gameboy and Pokémon Blue, so Pokémon really has a long history for me of always being something special. There’s just so much history of me playing the games and growing up with Pokémon, and I feel like that’s what fuels the writer in me.

Politically, there isn’t much work in academia on Pokémon and the politics of it. When Pokémon GO was first released, which was actually two years ago today, it was just this phenomenon. We all remember people in the U.S. just on the streets playing Pokémon GO. And then there were people who started making a living off of Pokémon GO, and that’s where this project at Berkman Klein really takes hold. Who gets to access this new type of labor that we see on social media, and who’s precluded?

And then there were people who started making a living off of Pokémon GO, and that’s where this project at Berkman Klein really takes hold. Who gets to access this new type of labor that we see on social media, and who’s precluded?

Do you think the internet kind of blurs the line between labor and recreation? How does this new kind of labor change the way you relate to that activity?

The relationship obviously changes from when it was just recreational. People are seeing, “Oh, that person who makes $500,000 a month. Maybe I can make even $1000 or 2000 and I would be happy.” The neoliberal project always revolves around happiness, where happiness becomes this mandate, and if people are happy with their jobs, they aren’t gonna rebel or complain or criticize a system that is constantly perpetuating worker exploitation. Because it’s still exploiting labor in the sense that now your free time becomes work time. You’re always on essentially. So I think that’s how the relationship changes.

For me, it’s a bit different, but I said I was never going to do research on the Pokémon Trading Card Game. Behold, I’m doing research on the Trading Card Game. It’s changed my relationship where I did it for fun, and now it’s like I’m doing it so I can be known as the Pokémon scholar. But also so I can have a publication, so I can get a job down the road. It becomes an investment. It becomes “I need to be self-disciplined to still have fun with it and be able to make money out of it.” And I think we see that with other people as well, where livestreamers on Youtube in Pokémon and other games, they say “I need a break, I just need to take a week off” and they lose subscribers. They lose a little bit of their fanbase, or they get hate, and this is very much amplified for women. People say “you shouldn’t be taking time off” or “you should be wearing makeup” or “you should be smiling”, so I think especially for women and femme folks, it changes the relationship where we did it for fun, but now we’re doing it for work and to satisfy our audience or fan base.

People say “you shouldn’t be taking time off” or “you should be wearing makeup” or “you should be smiling”, so I think especially for women and femme folks, it changes the relationship where we did it for fun, but now we’re doing it for work and to satisfy our audience or fan base.

Last question! What’s one book that you’ve had on your shelf forever, but haven’t gotten around to reading yet?

Even though I draw from a lot of feminist autonomous Marxist theory and feminist media scholars who use Marx, I still have not read Capital. I think I got maybe like five pages in and was like “I don’t get it.” I’ll get it from other people who are much more invested in Marx than I ever will be.

Another one that’s on my bookshelf is Living a Feminist Life by Sara Ahmed. I’ve read parts of it but haven’t read it all the way through. I have a tendency of scanning books online, I ctrl+F search to find what I really want to read right now, but that’s something I really want to read in full. Definitely Living a Feminist Life because I think it’s really relevant to the time we’re living in.

Andrea Nishi is a second-year student at Columbia Law School. She is originally from Seattle, attended college in Chicago, and spent time in LA before moving to New York for law school. At the Berkman Klein Center, Andrea conducted research on the state of artificial intelligence regulation in the US during the summer of 2018.