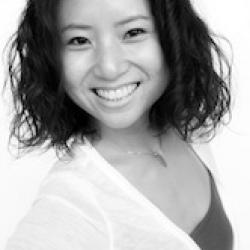 Her research interests lie at the intersection of technology and culture—the investigation of how social media and the internet affect identity-making, trust formation, and civic participation. A central theme in her work is the examination of how software influences action. Through extensive fieldwork in China and Latin America, she has developed expertise on digital communities in emerging economies, leading to the formulation of an innovative sociological framework for understanding user interactions online.

Tricia relishes on-the-ground, hyper- immersive ethnographic fieldwork, which has provided her with a unique understanding of the experiences of edge communities. For example, while living in internet cafes with migrants, she learned the value of urban “third spaces” to an economic underclass. Working undercover alongside street vendors, meanwhile, gave her a unique perspective on the growth of smart phone ownership in China and revealed the workings of informal markets. During her projects she has pioneered ethnographic techniques such as live fieldnoting, which uses social media tools to share real-time fieldwork data.

A Fulbright Fellow and National Science Foundation Fellow, Tricia has been recognized as a leading authority by journalists, investors, and ethnographic and sociological researchers. Her research has been featured in The Atlantic, Al Jazeera, Fast Company, Makeshift, and Wired. She has presented and keynoted at conferences such as Lift, Webstock, and South by Southwest. She has also spoken at IDEO, P&G, Tumblr and various investment firms. She has worked with Fortune 500 companies including Nokia and GE and numerous institutions from the UN to NASA. She is also proud to have co- founded the first national hip-hop education initiative, which turned into the Hip Hop Education Center at New York University, and to have built after-school technology and arts programs for low-income youth at New York City public schools and the Queens Museum of Arts.

Recent projects include co-founding and writing for blogs: Ethnography Matters, which brings ethnography issues to the attention of a wider audience; and 88Bar, which focuses on technology, media, and arts in Greater China. She is a visiting scholar at New York University's Information Telecommunication Program. She is also a fellow at Harvard University’s Berkman Center for Internet Studies where she will be working on her book about the internet in China as an expressive space in which users uniquely shape their identities in an otherwise rigid society, a phenomenon she calls "the Elastic Self".

She is currently an advisory board member of Rev Arts in New York City. Her research philosophy is that you have to go to the edges to discover what's really happening. She is the proud owner of an internet famous dog who balances stuff on her head, #ellethedog.

This week we are featuring an interview with 2013-2014 Berkman Fellow, Tricia Wang, as part of an ongoing series showcasing individuals in the Berkman community. Conducted by our… 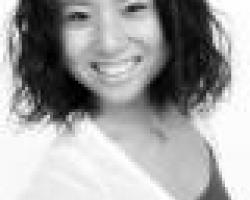 What does life inside the Great Firewall of China look like? Tricia's talk will reveal a surprising reality.