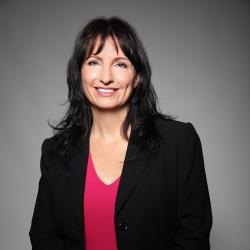 She is an expert in the fields of financial regulation, digital assets and crypto-currencies, money laundering and terrorism financing, privacy and data protection, financial intelligence and data analytics.

Dr. Wagman worked in the private sector with leading law firms, including Wachtell Lipton Rosen & Katz in NYC and Gross-Hodak in Israel. She is the co-editor of the book "Cybercrime" (NYU Press, 2007), with Prof. Jack Balkin et al. She served as an adjunct lecturer at Tel Aviv University and Raichman University (2007–2012) and was a fellow at the Information Society Project at Yale Law School (2003–2007).

Dr. Wagman was the Head of the Israeli delegation to the Financial Action Task Force (FATF), the global Money Laundering and Terrorism Financing watchdog from 2016 to 2022, and also served as a Co-Chair of the FATF operational working group, a member of the Steering Group, and was a nominee for Presidency.

As the head of Israel’s anti-money laundering authority, she led major national reforms, including regulating cryptocurrencies, and the historic accession of Israel to the FATF as a member country after an evaluation process in which Israel was placed among the top three most effective countries in the world. Under her leadership, IMPA exposed hundreds of money laundering and terrorism financing cases, leading to the crackdown on major criminal organizations and the seizure of billions of illicit funds. IMPA further received various international awards, including the Best Financial Investigation Worldwide by the Egmont (2016, 2021) and recognition by the FATF as one of the three most effective FIUs worldwide.

As the head of Israel’s Privacy Protection Authority, she produced an unprecedented number of regulatory opinions, led innovative enforcement actions, and handled mega national data-leaks and cybersecurity attacks. The Supreme Court adopted her positions in two fundamental national cases: in limiting the Israeli Security Agency (Shin Beit) from monitoring citizens during COVID 19, and in striking down the transfer of citizens’ health data to local municipalities.

In addition to her current affiliation with the BKC, she serves as a Research Fellow at the Mossavar-Rahmani Center for Business and Government (M-RCBG) at Kennedy School of Government and as an Affiliated Fellow at the ISP at Yale Law School.