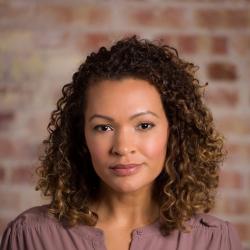 Sarah J. Jackson is a Presidential Associate Professor in the Annenberg School for Communication at the University of Pennsylvania. Her expertise lies at the intersection of media and activism, with a focus on the ways Black and feminist activists make media and, in turn, how these groups are represented in media.

Her first book, Black Celebrity, Racial Politics, and the Press (Routledge, 2014) considers the role of black press and mainstream journalists in making sense of Black celebrity activism to the public. Her second book, a co-authored study of Twitter titled, #HashtagActivism: Networks of Race and Gender Justice, is forthcoming with MIT Press. She’s a founding member of the Center for Critical Race and Digital Studies and board member of MediaWell at the Social Science Research Council.

Jackson's work has appeared in such journals as Journal of Communication; Information, Communication, and Society; Feminist Media Studies; and New Media & Society. Her research and writing has also been featured in The New York Times, Politico, NPR, and The Boston Globe.