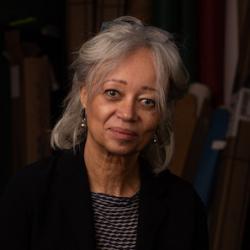 Patricia J. Williams is a graduate of Wellesley College and Harvard Law School, and Professor Emerita at Columbia University School of Law. At present she serves as University Distinguished Professor of Law and Humanities at Northeastern University, with appointments in both the school of law and the department of philosophy. She also holds the title of Director of Law, Technology and Ethics Initiatives.

As a parallel career, Professor Williams has pursued journalism. Her award-winning column, "Diary of a Mad Law Professor," has appeared in The Nation Magazine for two decades. She is the recipient of six honorary doctorates and was awarded a MacArthur fellowship in 2000. She is an elected member of the American Philosophical Society, and has held fellowships at the Radcliffe Institute for Advanced Study, the School of Criticism and Theory at Dartmouth College, the Humanities Research Institute of the University of California at Irvine, the Institute for Arts and Civic Dialogue at Harvard, and the Center for Advanced Study in the Behavioral Sciences at Stanford University. She has served on many boards, including the Council for Responsible Genetics, Wellesley College, Medgar Evers College, the NOW Legal Defense and Education Fund, the Andy Warhol Foundation, and the Society of American Law Teachers.