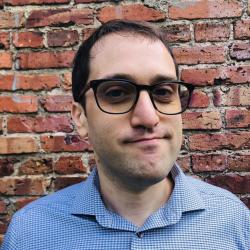 In his FCC duties, Matthew contributes to the development of policy and rules governing wireless spectrum and auctions, including rules to facilitate the rapid, widespread deployment of communications services. Additionally, he assists the Bureau in reviewing license applications, overseeing existing licenses, and adjudicating complaints and requests. Previously, Matthew worked as a Legal Advisor in the Office of the Bureau Chief and as an Honors Attorney in the Bureau’s Broadband Division.

From 2014 until 2020, Matthew was a Research Affiliate at the Berkman-Klein Center for Internet and Society at Harvard University, where he served in a personal capacity. At Berkman, Matthew was part of an effort to assess whether mesh network technologies can and should be used to improve public safety communications, and to evaluate the legal, policy, and technological issues that are raised by the adoption of such networks. He also co-taught a session on legislative and regulatory advocacy at the Berkman Summer Institute.

Through Berkman, Matthew also became involved in the Metagovernance Project, which is a research group that builds tools, protocols, and infrastructure to facilitate online self-governance. He serves on the planning committee of the Metagovernance Seminar, which “invites individuals working in online governance to present their work” on topics such as governance in online communities and designing digital constitutions. His research interests include communications law and policy, internet governance, social media and the law, cybersecurity, and administrative and constitutional law.

In 2010, Matthew earned a J.D. at Yale Law School, where he served as a submissions editor for the Yale Journal on Regulation. Before joining the FCC, he worked as a law clerk for Judge Harris Hartz of the United States Court of Appeals for the Tenth Circuit. Prior to that, he was a law clerk for Judge Lawrence Kahn of the United States District Court for the Northern District of New York.