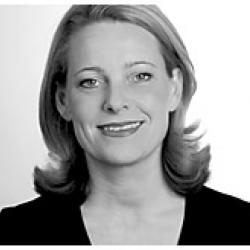 Miriam Meckel, PhD., (born July 18th, 1967) holds a professorship for Corporate Communication at the University of St. Gallen, Switzerland, and is the Managing Director of the Institute for Media and Communication Management (since 2005). She is also an adviser for Public Affairs and Business Communication.

She finished Studies in Journalism, Communication Science, Sinology, Political Science and Law in Münster (Germany) and Taipei (Taiwan) as a Doctor of Philosophy in 1993.

2001 Appointment as State Secretary at the Department of the Premier of the German State of North Rhine-Westphalia and government spokes woman, later on as the State Secretary for Europe, International Affairs and Media.

2001 Miriam Meckel got the Cicero-Speaker Prize in the category of Science.

2006-2007 she was the moderator of the TV-talk "Miriam Meckel - Standpunkte" (viewpoints) of the German news channel n-tv. For 2008 she had been adjudicated the Eisenhower Fellowship of the USA.  She is guest professor at the Hamburg Media School and at the Université de Neuchâtel and is a member of the Jury of Deutscher Fernsehpreis ("The German TV Awards").

Current research projects:
Corporate blogs and the changing communication of the firm
Corporate Culture and the DNA of the firm
Corporate perception on capital markets
European Communication Report: An annual survey of communication professionals in Europe
Security and privacy: trust and digital identity management
Shareholder Activism: how investors can have an impact on management via communication
The future of corporate reporting: from the annual report to XBRL
The role of newspapers in an internet driven transformation of media markets
The social web: identifying opinion leaders in social networks, the blogosphere and on Twitter 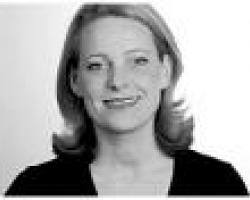 User trust has been identified as a key success factor of online business: A user's willingness to provide personal data is a prerequisite for online transactions. Research has… 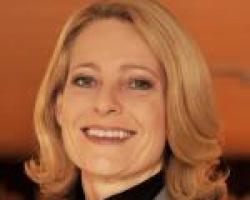 Social Media Journalism and the Changing Roles of Journalists

Technologies of participation empower everyone to engage in producing content on the web but also change the roles of professional journalism. Berkman Fellow Miriam Meckel will…