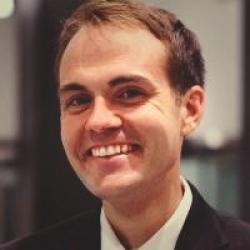 Matt Wansley is General Counsel at nuTonomy, an MIT-spinoff self-driving car startup. He graduated from Yale College in 2007 and Harvard Law School in 2010. He clerked for the Hon. Scott Matheson on the US Court of Appeals for the Tenth Circuit and the Hon. Edgardo Ramos on the US District Court for the Southern District of New York.

He practiced at Shapiro Arato, an appellate litigation boutique in New York. From 2013-2016, he was a Climenko Fellow and Lecturer on Law at Harvard Law School. He has published four academic articles, including Regulation of Emerging Risks, 69 Vanderbilt Law Review 401 (2016). In November 2017, nuTonomy was acquired by Delphi, now known as Aptiv. Matt now leads autonomous vehicle regulation for Aptiv in California, Nevada, Massachusetts, Pennsylvania, and Singapore. Matt's research interests are business law and regulation, especially the law of tech startups and venture capital markets.