Kevin Wallen, motivational speaker and entrepreneur spent the first eleven years of his life in Trelawny with his grandmother and other siblings. The family later migrated to Kingston, Jamaica where they resided for another for four years. During this period, they lived in the working class community of Stadium Gardens and Kevin attended the Norman Gardens All Age School. The family experienced tremendous financial difficulties which impacted negatively on the children. Kevin recalls his childhood as one which he survived with great difficulty.

At age 15, Kevin and his bothers would once more migrate, but this time to a foreign country. It was time for them to be reunited with their mother who had been absent for most of their childhood. In 1985, Kevin moved to Southern Ontario in Canada where he attended Westwood Secondary school. Life in Canada was no less of a challenge as Kevin was forced to adjust to a new family and a new culture. After struggling through a major period of depression Kevin was motivated by important mentors who ensured that he was enrolled into a University.

At Lakehead University, Kevin Wallen earned his Bachelors Degree and was actively involved in a number of extra curricula activities namely Wrestling, Martial Arts and Basketball. Recognizing the impact that motivation had on his life, Kevin decided that he too, wanted to encourage others to make the best of the opportunities they received. He fully acknowledged that without the love and support of others he would not have been able to succeed and therefore saw it as his duty to motivate others.

Kevin served as a Supply Teacher with the Dufferin Catholic School for a number of years. He also traveled internationally conducting seminars, motivating and inspiring University and High schools students. In 1999, a nostalgic Kevin and his bothers decided to return home. As a family, they engaged in a number of successful business ventures. Kevin continued to conduct inspiring motivational seminars and was soon introduced to SET (Students Expressing Truth) a group of incarcerated individuals. Kevin was immediately drawn to this group as he realized how easily he could have ended up along this path had it not been for proper mentoring.

In June 2000, Kevin adopted SET and has been doing tremendous work within the penal institutions. Currently, there are two active SET centres in South Camp and Fort Augusta catering to approximately 70 inmates. A new centre has just being completed in Tower Street which will cater to at least 200 inmates. The SET group has also embarked on a number of activities with an aim to involving the entire prison population. Activities such as Quiz and Spelling Bee competitions, Sports Day and Information Technology Expositions are among the highly commended activities undertaken by this group. In addition to his involvement with SET, Kevin continues to be motivational speaker and has addressed several schools within Jamaica. He has also conducted a number of motivational workshops in various companies since his return.

Presently, Kevin is actively involved with SET, a project which he plans to expand extensively. He also serves as Director of Public Relations for Innocence International, the brainchild organisation of Reuben “Hurricane” Carter, which lobbies for the rights of wrongly imprisoned individuals. Kevin also produces and hosts two programmes, “Unchained” and “Barbershop” on ROOTS FM, Jamaica’s first Community radio station. The programme “Unchained” attempts to create a link between incarcerated individuals and those on the outside. It also serves as a medium of highlighting the real experiences of those imprisoned and paints a realistic picture of life behind bars. “Barbershop” highlights the lighter side of Kevin’s personality. This programme allows males to converse on issues by which they are directly affected in a comfortable setting. Kevin also serves as a consultant for the Department of Correctional Services, the United States Agency of International Development (USAID) and Harvard University.

Kevin is undoubtedly a philanthropist at heart. He strongly believes that excellence can be achieved by applying the principles of hard work, positive attitude and a strong commitment to excellence. His primary focus as a motivational speaker is to create an environment that will help individuals to develop a positive self image. This, he believes is the core of each individual’s personality and with this hurdle crossed it becomes easier to empower one with the tools, techniques and skills that are necessary for success. Kevin is a dynamic speaker who posses incredible depth, passion and sincerity which are impossible to resist.

True to the Berkman Klein Center’s expansive interest in the interaction between internet and society, the Jamaica project’s mission centers on the use of the internet to shape,… 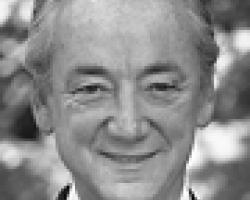 Rehabilitation and Restorative Justice in Jamaica

Charles Nesson and Kevin Wallen on "Rehabilitation and Restorative Justice in Jamaica."