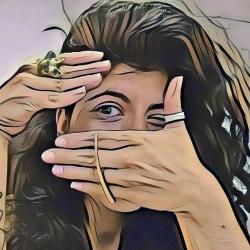 Joana is Executive Directress and Creative Chaos Catalyst at Coding Rights, a women-run organization working to expose and redress the power imbalances built into technology and its application, particularly those that reinforce gender and North/South inequalities.

Former Mozilla Media Fellow, she is co-creator of several creative projects operating in the interplay between law, arts and technologies, such as transfeministech.org, chupadados.com, #safersisters, protestos.org and freenetfilm.org. Brazilian, with Colombian ancestry, she is engaged in several privacy and security networks, such as Privacy International Network, the feminist hackers collective DeepLab and the Advisory Council of Open Technology Fund, always focused on bringing Latin American perspectives in the search of techno-political frameworks for ethical usages of technologies.

The Ability to Say NO On the Internet

A feminist approach to consent in digital technologies