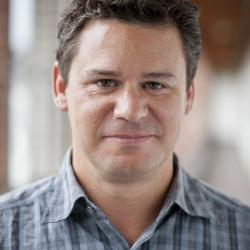 From 2014 – 2017, Jim served as the founding Global Head of Creator at Spotify. The Creator team at Spotify builds products and services directly for artists, helping them better understand, grow, engage and monetize their fan base.

In 2014, The Echo Nest was acquired by Spotify. Integration of The Echo Nest into Spotify resulted in a number of music discovery features, such as Discover Weekly, Daily Mix and Fresh Finds.

Prior to The Echo Nest, Jim was a transactional music and media attorney at Greenberg Traurig. Jim holds a B.A. from Boston College and a J.D. from the Georgetown University Law Center. When he’s not working, Jim spends time with his wife and three kids; and occasionally sits behind a drum set, trying to figure out what Tony Williams is playing on Miles Davis records.