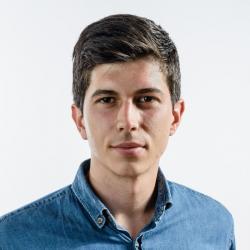 Javier Agüera is an inventor and social entrepreneur passionate about humane technology design. At age 15, he co-founded Geeksphone, the first European smartphone maker to introduce Android and later the first worldwide to launch FirefoxOS. His second venture, Blackphone, was recognized among 2014’s Top 10 Breakthrough Technologies by MIT Technology Review for its pioneering private-by-design consumer device. Other ventures included Neupic, which focused on facilitating the work of journalists in conflict areas, and Barbara IoT, which protects critical infrastructure and recently completed its Series A financing. He most recently served as VP of Strategic Partnerships for Snips.ai (now part of Sonos). Javier is also an involved member of social impact communities such as Sandbox and the World Economic Forum’s Global Shapers; and serves as a pro-bono advisory board member of Eyewitness for Atrocities, a non-profit supported by the International Bar Association. In the past, he was a Young Adviser to Neelie Kroes, former VP of the EU’s European Commission. He is currently a Fall 2022 candidate for a Master’s in Integrated Design and Management (IDM) at MIT. He is also a Teaching Fellow for 24.133 Experiential Ethics and a SERC Scholar at MIT Schwarzman College of Computing.