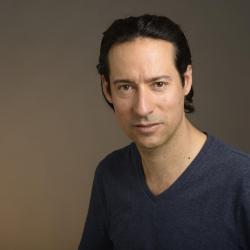 Ivan Petrella chairs the Committee for Ethics and AI of the City of Buenos Aires, Argentina. He was Director of Argentina 2030, the President of Argentina’s table for long term strategic thinking, where he fostered government-wide discussions on topics such as the future of food production, CRISPR, populism and governance, and artificial intelligence. He also served as Secretary for Federal Integration and International cooperation in the Ministry of Culture, where he focused on “democratic culture” as a means to strengthen both political institutions and public debate, and as an elected member of the legislature of the City of Buenos Aires.

He holds a Ph.D. in religious studies and law from Harvard University (GSAS) and, before entering public service, was a tenured professor at the University of Miami. He is the author of Beyond Liberation Theology: A Polemic, The Future of Liberation Theology: An Argument and Manifesto, Que se metan todos: el desafío de cambiar la política argentina (Let’s all jump in: the challenge of changing argentine politics), Dios en el siglo XXI (God in the 21st Century), editor of Latin American Liberation Theology: The Next Generation, co-editor of Another Possible World, and is a frequent contributor to Argentina's most important news outlets.