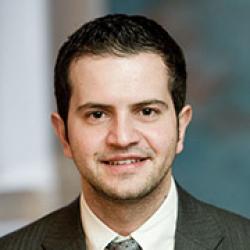 From 2009 to 2011 he was an Assistant Professor of intellectual property law at the University of Copenhagen, where he also worked as leader of research projects funded by the EU Commission such as MEDIADEM (media policy-making in EU member states) and LAPSI (legal aspects of public sector information).

In his career he has advised IFPI (Representing the Recording Industry Worldwide), the European Commission (DG INFSO), the European Parliament (DG for Internal Policies) and the Italian Ministry for Cultural Heritage and Activities on various projects concerning intellectual property law and information technology.

Giuseppe is also an accomplished musician and holds a Master's degree in Clarinet Performance (1997) and Chamber Music (2003) from the Music Academy of Perugia (Conservatorio di musica di Perugia). Giuseppe worked for ten years (1994-2004) as principal clarinetist for the Perugia Symphony Orchestra and as critic for the Italian radio broadcaster RAI Radio 3.