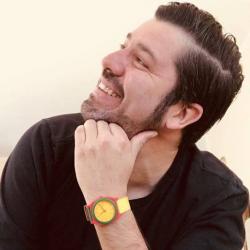 Felipe is a social entrepreneur, activist and researcher, interested in the intersection of civics and technology. As an Affiliate to Harvard’s Berkman Klein Center, he explores the topics of freedom of information, media, open government, tech entrepreneurship, as well as how the internet can catalyze political and economic concentration.

Felipe is the founder of Rhinobird.tv, a video software company that uses machine learning, audio/image recognition, and live streaming to create multi-tiered videos, with the purpose of documenting and sharing stories (news, music, sports, events) from not one but many perspectives. In a context of increasing media concentration and fake news, the platform aims to leverage more sources behind a story. Rhinobird.tv is the continuation of an earlier live video initiative led by Felipe called Peepol.tv, which in 2012 won the Knight News Challenge.

Felipe is also the founder and former Director of Ciudadano Inteligente; a Latin American NGO based in Chile, which through the means of technology, channels citizen participation and online accountability. During Felipe’s leadership, Ciudadano Inteligente expanded its work throughout Latin America, co-founding the Latam civic-Hacker Network ‘Desarrollando America Latina’, and the international federation for civic technology ‘Poplus.org’. In 2010 Ciudadano Inteligente was recognized with the Golden Nica Award for Digital Communities (from Ars Electronica), and with the Omidyar Network Award in 2013. Felipe is also the co-founder of the Chilean Radio Station Subela.cl, an Ashoka Fellow since 2010, and has severed in the board of several NGO’s including Code for America’s International Project.

Felipe is a Chilean Lawyer graduated from the P. Universidad Católica, holds a Masters Degree in Public Policy from the London School of Economics, and was first appointed as a Harvard Berkman Fellow in 2011. 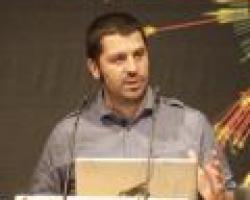 The talk revises Open Government Data policy (OGD) as the ultimate chapter of a transparency story traditionally dominated by 'Freedom of Information Acts' (FOIA). It addresses…