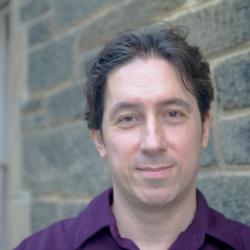 Dino Sossi has produced media for AOL, CBS newsmagazine “60 Minutes,” CNN, The New York Times and VH1 at Viacom. His documentary films have screened at festivals in New York and Los Angeles as well as Berkeley, Cambridge, Columbia, Harvard, Oxford and Pennsylvania. Dino’s work has been broadcast on CBC, CTV, DiscoveryUSA, Globe & Mail, IFC, Life, MTV Canada, MuchMoreMusic, One, Pridevision and PrimeTV. His digital storytelling has been exhibited at the San Francisco Museum of Modern Art.

Dino studies Instructional Technology and Media at Columbia University, where he has also been a teaching assistant and digital media consultant. He earned his Master of Philosophy degree at Cambridge where he performed with the Footlights. Dino previously studied at Columbia Law School’s School Law Institute and the Oxford Internet Institute Summer Doctoral Programme. He was previously an intern at Berkman and will return as a fellow for 2013-14. For more information, please visit www.DinoSossi.com 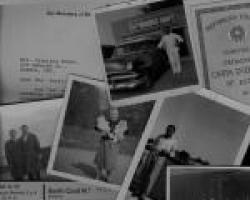 The documentary film Home focuses on Victor Sossi, a European immigrant who has lived in North America for several decades. His nephew Dino traveled to Europe to discover the…