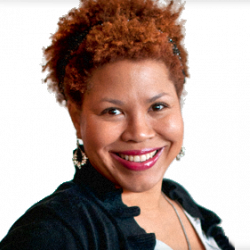 Cheryl Contee, Partner at Fission Strategy, specializes in helping non-profit organizations and foundations use social media to create social good. She is also the co-founder of Jack and Jill Politics writing as “Jill Tubman” on one of the top black blogs online. Cheryl was recently named as an Affiliate of Harvard University's Berkman Center for Internet & Society. Cheryl is included in The Root 100 list of established and emerging African-American leaders. Huffington Post listed her as one of the Top 27 Female Founders in Tech to Follow on Twitter in 2011. Fast Company named her one of their 2010 Most Influential Women in Tech. She has over 15 years of award-winning interactive expertise and previously served as Vice President and lead digital strategist for Fleishman-Hillard’s West Coast region in San Francisco.

Cheryl has appeared in the Washington Post, New York Times, San Francisco Magazine, BBC, Current TV and CNN, among other media appearances. She is also proud to serve on several boards and advisory committees: Netroots Nation, BlogHer, Focus100/Digital Undivided, and Public Radio International. She received her B.A. from Yale University and has an International Executive M.B.A. from Georgetown University. In her spare time, Ms. Contee enjoys hiking, yoga, movies and tai chi sword.