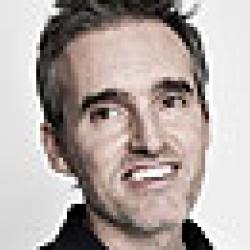 Borja Echevarría de la Gándara is the deputy managing editor at El País, Spain’s largest daily. Since 2010, he has guided his newsroom toward a digital-first strategy, a move that allowed El País to become the most-visited Spanish-language news site. Previously, Echevarría founded Soitu.es, a news start-up that received numerous honors including two Online News Association awards. He began his newspaper career at El Mundo in 1995, reporting on science, social issues and sports prior to serving as sports editor and then international editor and deputy managing editor for online news. As a 2013 Nieman-Berkman Fellow in Journalism Innovation, Echevarría will study the structural evolution of newsrooms around the world and how disruptive innovation is altering traditional business and workflow models for news. Using data from both print and Web-based news organizations, he also will try to discern patterns in successful newsrooms and determine if the practices of digital start-ups can be applied effectively in established newsrooms.