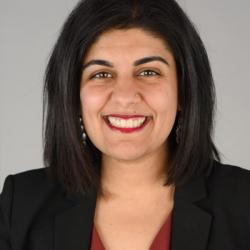 Anjali Vats teaches courses in the areas of race, rhetoric, law, and media studies. Her research is focused on rhetorics of race in law and popular culture.

She has published articles in the Quarterly Journal of Speech and Communication, Culture & Critique. She is currently working on a monograph entitled Created Differences: Intellectual Property and the Formation of Race and National Identity in “Post-Racial” America, which considers how political, popular, and legal discourse about copyrights, trademark, and patents is used to create and manage racial and national identities in the United States and globally.

Anjali has been recognized for her work in the areas of race and gender. In 2013, she was awarded an AAUW Dissertation Fellowship from the American Association of University Women and an Exemplary Diversity Scholar Citation from the National Center for Institutional Diversity at the University of Michigan. She also previously received an Honorable Mention in the Ford Foundation Diversity Dissertation Fellowship. In addition, her research has been supported by a Society of Scholars Fellowship from Simpson Center for Humanities and the Institute for Ethnic Studies in the United States at the University of Washington. From 2008 - 2014, Anjali served on the board of directors of the Washington Debate Coalition, a non-profit organization dedicated to promoting debate in Washington.

Prior to becoming a professor, Anjali clerked for the Honorable A. William Maupin of the Supreme Court of Nevada. She is licensed to practice law in Michigan and Washington. She is also an Assistant Professor in the Boston College School of Law. 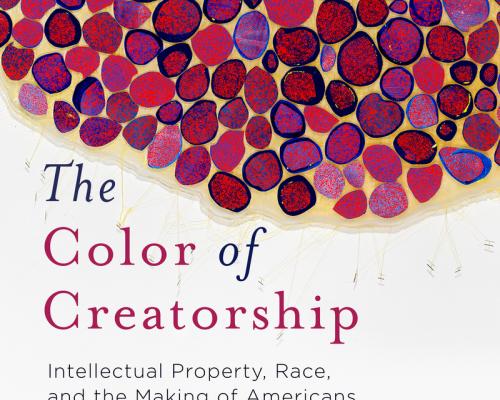 Live Taping of the Podcast Hate 2 See It with Anjali Vats, Author of The Color of Creatorship