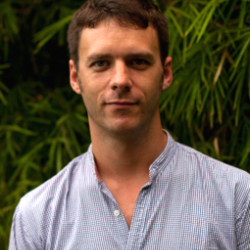 Andrew Lowenthal is Co-Founder and Executive Director of EngageMedia, an Asia-Pacific human rights and environmental non-profit exploring the intersection of video, technology and social change.

EngageMedia harnesses the advocacy potential of video and online technologies via experimentation with new distribution tactics, the development of open source software, and the creation of strategic networks.

EngageMedia also undertake research initiatives that look at the uses and effects of video as a social change tool. Current research partners with the MIT Center for Civic Media and MIT Open Documentary Lab, where Andrew is also currently a fellow, to explore the impact of 'video4change'.

Andrew was active in the Indymedia network from 2000-2006. From 2006-08 he worked with the UK based Tactical Technology Collective, producing a series of open source media toolkits for activists.

A past life as a video maker saw his works screen at the Glasgow Centre for Contemporary Art, the Australian Centre for the Moving Image and the National Gallery of Indonesia. 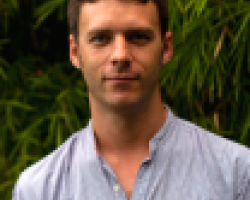 Citizen video in Southeast Asia has exploded in recent times. Andrew Lowenthal, Executive Director of EngageMedia, will outline the approach and methodologies to their…