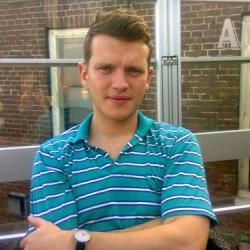 Axel Arnbak is a cybersecurity and information law researcher at the Institute for Information Law, University of Amsterdam. At Berkman, Axel will analyze U.S. and E.U. cybersecurity governance models and their interplay with communications freedoms. In particular, Axel seeks to develop new approaches to communications security governance that apprises constitutional values.

As of September 2013, Axel has published on HTTPS/TLS governance, cloud surveillance by intelligence agencies, communications security conceptualizations and mandatory blocking of The Pirate Bay. His publications have spurred several parliamentary debates on the European and Dutch level, lately on internet surveillance by intelligence agencies on both sides of the Atlantic. His work has been covered by a wide range of (inter)national outlets, a.o. the Financial Times, CBS News, RT, Farsi News, the Hindu Times and the Wall Street Journal.

Axel was awarded the Internet Thesis Award 2009 and general University of Amsterdam Thesis Award 2010 for his Master's thesis on the fundamental rights aspects of the EU Data Retention Directive and its Dutch implementation.

Upon obtaining his LL.M. in 2009, Axel became part of the founding core of Bits of Freedom, the Dutch digital rights organization. Until mid August 2011, Axel was responsible for its privacy advocacy and worked on both a national and European level - under the flag of European Digital Rights. He helped drafting the first net neutrality law in Europe, stopping mandatory website blocking in The Netherlands and stopped the Dutch government from storing all financial information of all its citizens in a national database for law enforcement purposes.

Axel received his LL.B. degree from Leiden University (2007), a Competitive Strategy and Game Theory degree from the London School of Economics (2009) and chaired the VeerStichting foundation (2005-2006). He is a member of the supervisory board at the Stichting Admiraal van Kinsbergenfonds (not compensated). His research is partly funded by Foundation for Democratie & Media, Prins Bernhard Cultuurfonds and stichting Internet4ALL. 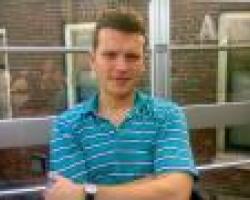 Governments Pwn the Web: A Constitutional Right to IT-Security?

Governments hacking into IT-systems makes @axelarnbak wonder: do we need a constitutional right to IT-security?