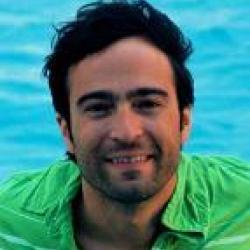 Archived Biography: Devon Copley is a technologist and songwriter, and was a Research Fellow at the Berkman Center. He is managing the technical implementation of the Noank Digital Media Exchange project.

As co-founder and Chief Technical Officer of Interocity, a New York-based development firm, Devon implemented streaming media projects for clients including Nasdaq, T. Rowe Price, and B&N.com, and spearheaded the development of a proprietary e-commerce engine.  After the acquisition of Interocity by Chyron Corp. in 2001, Devon developed a patent-pending architecture for Internet deployment of streaming media. Since leaving Chyron, Devon has performed consulting work for a range of clients.

With his band, the Animators, Devon toured across the country and as far afield as Singapore and Greenland.  His songs have appeared on MTV, in films, and on radio stations across North America, and he has won songwriting awards from BMI, the Songwriters' Hall of Fame, the Nashville Songwriters' Association, and the Great American Song Contest.  He is the co-owner of Angelhouse East Studios in Brooklyn.

Devon was an early proponent of the DMX model, writing on the topic as early as 2001.  He graduated from Yale University in 1995 with a degree in Computer Science and Psychology.