In this talk, Berkman Klein affiliate Jonas Kaiser shares some of his research on the networked public sphere. "The right-wing is rising. Not only in the United States but also in Germany and other European countries. And the internet helped," he writes. "Right-wing actors are active all over the internet, adapt to platforms, game the system, blur the lines between off- and online, and create their own virtual spaces. In addition, social media platforms like YouTube contribute involuntarily to the right-wing's reach and, perhaps, influence with their algorithms." In this talk Kaiser will explore these issues and potential ways forward.

In his talk at the Berkman Klein Center, Jonas Kaiser (Berkman Klein affiliate and DFG postdoctoral fellow) analyzed the right-wing networked public sphere. He's found that international far right-wing movements are becoming increasingly visible counterpublics online. Importantly, Kaiser emphasized, although they are often theorized as critical spaces in which to challenge the mainstream, counterpublics do not necessarily uphold progressive values. Such is the case with the groups that Kaiser studies.

Far right movements happen in an online/offline hybrid environment, where the goal is to translate online actions to the offline world. To better understand this phenomenon and how such messages spread online, Kaiser looked at YouTube channels in the US and Germany and followed YouTube’s automatic channel recommendations, through a three-step snowball method.

The study concluded that in both national contexts: the far right is highly active and popular on YouTube, right-wing channels have close connections to conspiracy theory channels, and YouTube’s recommendation algorithm does not differentiate between “conservative” and “far-right.” With specific regard to the US, the movement is still largely fragmented, while in Germany there is more clustering around specific actors. Despite the popularity of these videos and right-wing movements, Kaiser also pointed out that overall, YouTube’s most popular videos are not explicitly political, and are typically recurring shows or videos focused on topics like gaming.

Kaiser concluded his talk with a series of questions. Taken as a given that algorithms are always already political in some sense, he asked, do we want our politics curated by algorithms, in the same way as our music? He also wondered, where is the left on YouTube? Are they there, and if not, should they be? Finally, why is there so much emphasis on Twitter’s political influence, especially in the last US election, but not YouTube’s? YouTube’s influence in the current political climate is a starting point for potential future research.

Jonas Kaiser is a DFG postdoctoral fellow and affiliate at the Berkman Klein Center for Internet and Society at Harvard University and Associate Researcher at the Alexander von Humboldt Institute for Internet and Society in Berlin. His research interest are the transformation of the networked public sphere, digital methods, and political communication. At the Berkman Klein Center he is working on his research project on the "right-wing web," in which he aims to understand how and where right-wing actors make use of the internet to connect online and form international networks. He wrote his doctoral thesis at Zeppelin University Friedrichshafen about online climate change scepticism in Germany. His academic writing has been published in journals like International Journal of Communication, Communication and the Public, Media and Communication, or Environmental Communication as well as handbooks and edited volumes. 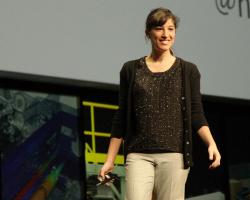