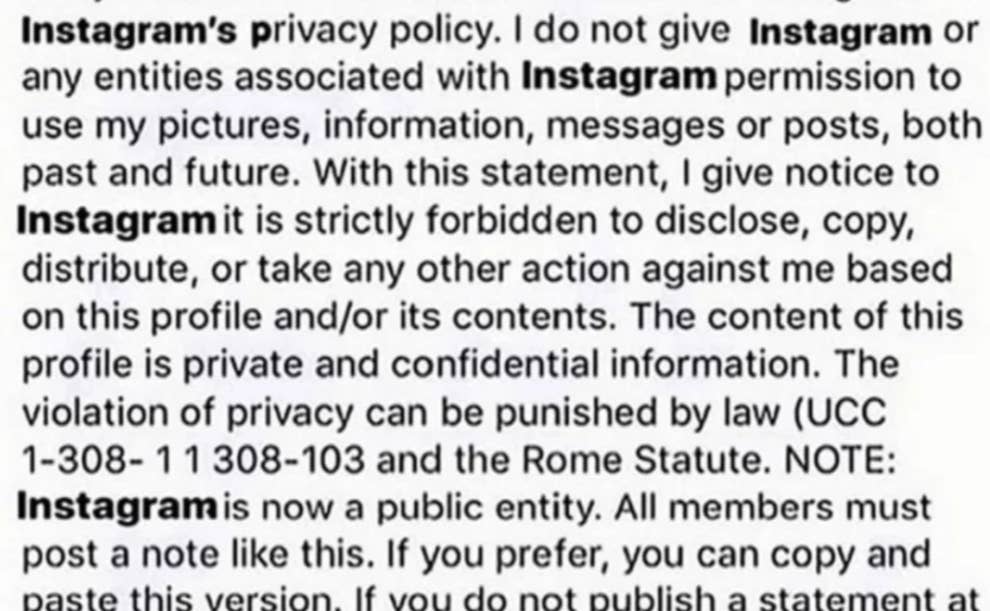 People posting a pseudo-legal declaration may believe they're in a two-way dialogue with the company. The opposite is true, writes BKC affiliate Joan Donovan with Brian Friedberg.

“The average Instagrammer has about as much ability to negotiate contract terms with the social media giant as they do with their bank or insurance company,” Donovan and Friedberg write. “And ‘agree or leave’ applies to much more than just the terms of service: They’re the only choices any of us have when confronting the various failures and abuses of Silicon Valley, from its enabling of disinformation and hate speech to its fumbling response to widespread harassment and incitement.”