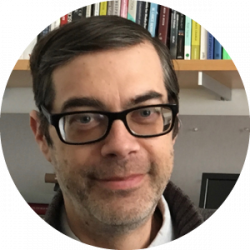 His research interests include Media Systems, Field Theory, Journalism, Climate Change, Social Movements, and Networked Organizing. Timothy has published on public media and civically accountable journalism, as well as on the public service orientations of news outlets under different forms of ownership in the U.S., France, and Sweden. He is co-authoring a book on forms of media ownership power in these three countries. His publications have appeared in Environmental Communication, the International Journal of Communication, and The International Journal of Press/Politics, and he is contributing to a forthcoming book on global issues such as climate change. Using algorithmic and manual text analysis, ethnography, and social network analysis, his dissertation examined how climate change is socially stratified not only in its effects but in its discourse, as well.

Vaccine hesitancy in online spaces: A scoping review of the research literature, 2000-2020

A new literature review in the HKS Misinformation Review finds gaps in the pre-Covid research on vaccine hesitancy in online spaces. The lit review, which emerged from BKC’s…