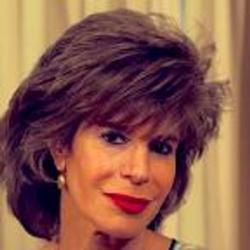 Shoshana Zuboff is an author and academic whose current research focus is on the contested  transition to an information civilization. Her new book, The Summons: Our Fight for the Soul of an Information Civilization, will be published by Public Affairs in the U.S. and Eichborn in Germany. She is the Charles Edward Wilson Professor of Business Administration, Harvard Business School (retired). Shoshana earned her Ph.D. in social psychology from Harvard University and her B.A. in philosophy from The University of Chicago. <more>

I began studying the dilemmas of information technology in the workplace in 1978. That ten-year project led to my first book, In the Age of the Smart Machine: The Future of Work and Power (Basic Books,1988).  My research persuaded me that in the absence of a new economic and social paradigm, new information flows in the corporate sphere would be subjugated to the narrow aims of control, surveillance, labor substitution, and cost reduction. That’s when I began new work on the evolution of capitalism, a project that culminated in The Support Economy: Why Corporations Are Failing Individuals and the Next Episode of Capitalism (Penguin, 2002,with Jim Maxmin).

In 2009 I lost all my scholarly work ( the follow-up research to The Support Economy, a twenty- year project on adult development, three books in progress, my library) when our home burned down in a lightening strike…really! You can read a bit about it here in a piece I wrote for 350.org’s Connect the Dots campaign.  Then…some years out of academic time for family as we rebuilt home and life.

Now the underbrush is gone, but the trees are standing. My new book explores the contested transition to an information civilization (working title, The Summons: Our Fight for the Soul of an Information Civilization). It will be published by Public Affairs in the US and Eichborn in Germany.  The Summons aims to contribute to a new positive narrative of  the digital for a post-Snowden world. This work asks the oldest question, the same one I’ve been asking all along: master or slave?  It integrates my lifelong preoccupations : the historical emergence of psychological individuality, the conditions for human development, the information revolution, and the evolution of capitalism. The Summons is an inquiry into the origins of information civilization and its prospects.  Much of my focus is on the impact of an evolving logic of capitalism on the possibilities of a new civilizational milieu. Can information civilization be, perhaps counter-intuitively, a new human turn – despite the seeds of a much darker future that have taken root? What are the urgent social, economic, political, and juridical choices we face?  What new forms of institutionalization are needed on the far shore to foster human salience in a civilizational milieu of prosperity, democracy, and shared prospects for survival on a warming planet?

I’ve been a featured columnist for BusinessWeek.com and Fast Company.  I now write frequently for the Frankfurter Allgemeine Zeitung (FAZ). Recent articles include “Be the Friction: Our Response to the New Lords of the Ring”(June 2013), “Obama, Merkel, and the Bridge to an Information Civilization” (January 2014), and “The New Weapons of Mass Detection” (February 2014 ).  Another essay, “Why Robots Are Stupid,” will appear in FAZ in April 2014 as the final piece in their series, “Thinking the Electronic Condition.” Two scholarly articles are forthcoming in 2014 including,  “Information Civilization and the Human Turn,”  in The Information Society, and “Small Data: Reflections on the Smart Machine”  in the journal Information and Organization. My most recent business article is “Creating Value in the Age of Distributed Capitalism” (McKinsey Quarterly, September 2010).

You can read my full bio here.