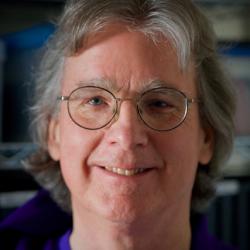 Since April 2017, Roger has been engaged, along with former Google design ethicist Tristan Harris and others, in a campaign to trigger a national conversation about the dark side of social media.  Roger’s book about that experience, Zucked: Waking Up to the Facebook Catastrophe, was published in February 2019.  TIME magazine featured Zucked in a cover story: http://time.com/magazine/us/5505429/january-28th-2019-vol-193-no-3-u-s/

Roger is the author of The New Normal, published in 2004 by the Portfolio imprint of Penguin Books, and The Moonalice Legend: Posters and Words, Volumes 1-8.   He has served as a technical advisor for seasons two, three, four, and five of HBO’s “Silicon Valley” series.  Roger also is a regular guest on “Squawk Alley”  CNBC and on Ali Velshi’s show on MSNBC.

In philanthropy, Roger is a co-founder of the Haight Street Art Center and the Center for Counterculture Studies. He also serves on the board of directors for the Rock and Roll Hall of Fame Museum.   Roger is a past member of boards of the Tuck School of Business at Dartmouth College, Bryn Mawr College, The GRAMMY Foundation, and the operating business of the National Geographic Society.  He was also responsible for raising the money that created the Wikimedia Foundation.  Roger serves on the advisory boards of the Open Markets Institute and the Electronic Privacy Information Center.

Roger performs up to 100 concerts a year in the bands Moonalice and Doobie Decibel System, in which he plays bass and guitar. The band’s website enables fans to listen to any song or show and to watch every concert on a computer or smartphone. Moonalice is renowned for the quality of poster art associated with the band. The Moonalice series exceeds 1,050 posters after eleven years. Moonalice’s single “It’s 420 Somewhere” has been downloaded more than 4.6 million times.

Roger holds a B. A. from Yale University and an M.B.A. for the Amos Tuck School of Business at Dartmouth College. 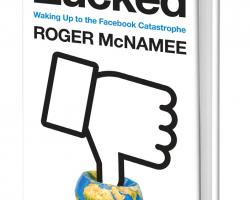 Waking Up to the Internet Platform Disaster

Featuring the author Roger McNamee in conversation with Lawrence Lessig

PODCAST & VIDEO: A former mentor to Mark Zuckerberg explains the danger posed by Facebook, Google and other internet platforms and what we must do about it.