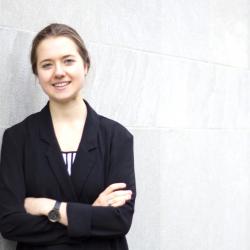 Maria Smith is a Project Coordinator working with Professor Susan Crawford in Harvard Law School's Cyberlaw Clinic and leading the efforts of the Responsive Communities project within Berkman Klein. She is focused on the intersection of technology deployment and social and economic justice. Maria is also a documentary filmmaker whose productions expose the impacts of and forces behind America's stark digital divides. She made her directorial debut in college with the film One Nation, Disconnected, in cooperation with the Harvard Law Documentary Studio, that details the hardship of a teenager growing up in New York City without internet access at home. Dividing Lines, a four-part series, is in production this year.

Maria first joined the Berkman Klein and Harvard Law communities as an undergraduate conducting teaching, research, and project support for Professor Susan Crawford. Maria graduated from Harvard College with a B.A. in Economics. In college she was invested in work with the Global Health and AIDS Coalition and co-chaired the annual Women’s Leadership Conference. She worked as an intern for the Public Defender Service for the District of Columbia, Connecting for Good, and Morgan Stanley. 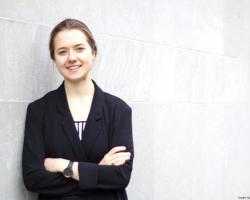 Why Is Internet Access Still Considered a Luxury in America?

Internet access is a major social and economic justice issue of our time. Dividing Lines, a four-part documentary video series, sheds a light on who is being left behind as big…