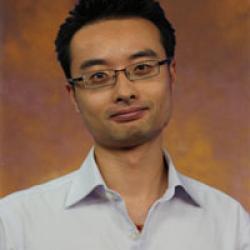 Fei Shen ('Chris') is an associate professor at the Department of Media and Communication, City University of Hong Kong. His main areas of research include new media and social transformation, internet freedom, political communication, civic culture, and public opinion.

He is a keen observer of the social and political impacts of the Internet. His empirical work examines how people make use of new media technologies in different settings and how the internet helps reshape people's behavior and redistribute power in societies, in particular, in non-democratic regimes. He wrote extensively on the topic of the internet and China: online political discussions, opinion climate in the cyberspace, the Great Firewall, censorship patterns of news portal sites, circumvention tools use, and ordinary citizen running social media campaigns for local congress elections, etc. He has published articles in such journals as Communication Theory, Journal of Communication, Communication Research, the International Journal of Press/Politics, and International Journal of Public Opinion Research.

At Berkman, Chris will spend most of his time working on a policy project funded by Google, among other things. The project titled “Asian Values, Internet Use, and Support for Freedom of Expression in the New Media Era” won the Google Faculty Research Award (2014-2015) in the policy research category. In many Asian countries, freedom of information and expression is severely curtailed. Censorship practices are often justified by cultural barriers. Asian values, a set of political and social values allegedly unique to the history of Asian civilizations are cited most often. However, the Asian value debate has not been empirically tested on a broadly cross-cultural basis while the small amount of existing studies failed to reach a consensus. This project will conduct a series of surveys in multiple East Asian countries and take the challenge to disentangle the intricate empirical relationships between Asian values and people’s support for freedom of information and expression across different political and social contexts.

Public Opinion toward Internet Freedom in Asia: A Survey of Internet Users from 11 Jurisdictions

The purpose of the study is to understand the public opinion toward issues related to Internet freedom in Asia. This report provides a basic overview of the opinions and behaviors…