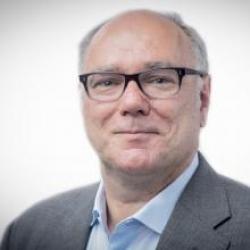 Prof. Wolfgang Schulz, born in 1963, studied law and journalism in Hamburg. Since 1997 he has been a lecturer within the field of information and communication at the law faculty of the University of Hamburg.

Since July 2001 Prof. Schulz has been a member of the directorate of the Hans-Bredow Insitute.The focus of his work is on issues regarding the regulation of media content (specifically the portrayal of violence), issues regarding the regulation of new media – especially exposure of violence - questions concerning the legal basis of new communication media, specifically digital television and legal issues of journalism as well as questions tackling a legal basis of the freedom of communication and, according to systems theory, descriptions of jounalistic systems.

He also works on legal instruments of the state, for instance with regards to ‘regulated self-regulation’. Wolfgang Schulz is an expert member of the parliamentary Enquete-Commission ‘Internet and digital Society’ as well as a member of the committee of experts ‘Communication and Information’ and of the advisory board ‘Diversity of Cultural Forms of Expression’ of the German UNESCO-Commission. Furthermore, he is a member of the Editorial Committee of the Journal of Media Law.

Digital Ethics in Times of Crisis: COVID-19 & Access to Education and Learning Spaces

The Ethics of Digitalization

Led by the Alexander von Humboldt Institute for Internet and Society (HIIG), the Berkman Klein Center, and the Digital Asia Hub, and in collaboration with the Global Network of… 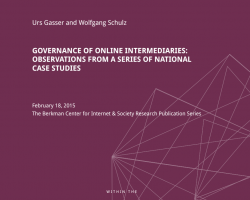 Governance of Online Intermediaries: Observations From a Series of National Case Studies

This project examines the rapidly changing landscape of online intermediary liability at the intersection of law, technology, norms, and markets, and is aimed at informing and…