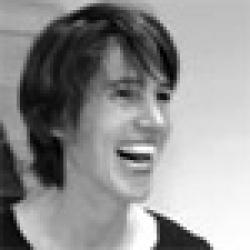 Zephyr R. Teachout graduated in 1999 with both a JD from Duke Law School, summa cum laude, and an MA in Political Science from the Duke University.  She was also editor-in-chief of the Duke Law Journal. She received her BA from Yale University, where she was editor-in-chief of the Yale Daily News Magazine. Following graduation from Duke Law School, she clerked for Chief Judge Edward R. Becker, U. S. Court of Appeals for the Third Circuit, Philadelphia. In 2005, she was a non-residential fellow at the Berkman Center for Internet and Society at Harvard Law School. Her teaching interests are election law, federal legislation, the law governing corruption, Internet and politics, comparative law, administrative law, law of democracy and local government.

Prior to acceptance in the Visiting Assistant Professorship Program, Ms. Teachout served as the National Director of the Sunlight Foundation, Washington, DC, where she created a policy platform for transparency in Congress, drafted and lobbied for transparency legislation, and developed new tools for making Congressional information more accessible to citizens. Her efforts were featured on NPR and CNN, and in The Washington Examiner, The Washington Post, the Wall Street Journal, PC World, and The New York Times. She is an internationally recognized expert on the impact of the Internet on electoral politics and government.

Ms. Teachout spent three years in Burlington, Vermont. From 2005-2006 she was a lecturer at the University of Vermont, teaching Internet and politics, and introduction to international relations; and drafted briefs in environmental law, tort law, energy law, and federal administrative law for the firm of Shems, Dunkiel, Kassel & Saunders. Prior to that, she served as Director of Internet Organizing for Dean For America, where she also created a technology policy advisory council and drafted the first presidential open source policy platform. She also provided consulting services to non-profit and citizen journalism organizations such as The War Tapes, Music for America, Current TV, and the International Rescue Committee, and America Coming Together. She was a co-founder and Executive Director of the Fair Trial Initiative in Durham, where she also served as a staff attorney at the Center for Death Penalty Litigation.

Some of her selected publications include Mousepads, Shoeleather and Hope: Lessons from the Howard Dean Campaign for the Future of Internet Politics (Editor) (forthcoming August 2007, Paradigm Publishers); "How Politicians can use Distributive Networks" (New Assignment, November 2006); "Youtube? It's so Yesterday," (with Tim Wu) (Washington Post, November 2006), and "Powering Up Internet Campaigns," book chapter in Lets Get This Party Started (Rowan and Littlefield, 2005.) She is currently writing about the meaning of corruption in the American constitutional tradition.