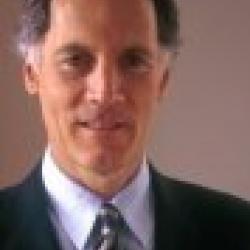 Archived Biography: Eric F. Saltzman previously served as a Berkman Fellow and the second Executive Director of the Berkman Center. A 1972 graduate of Harvard Law School, he began his career as a criminal defense attorney in Seattle's public defender office. He later took up filmmaking, and founded the Harvard Law School Evidence Film Project to re-create and film trials as teaching tools. He went on to produce and direct films on the law for ABC, CBS, PBS and the BBC, winning the Emmy and the ABA Silver Gavel awards, among others.

During Eric's tenure, the Berkman Center extended its reach in the international community, taking on the role of advisor to policy-making bodies engaged in digital divide issues. It also established several new working collaborations with other major Internet research and policy organizations. Among the projects launched in 2000-2002 were:

Creative Commons: The brainchild of Lawrence Lessig (Stanford), James Boyle (Duke), Hal Abelson (MIT), and Eric Saltzman (Berkman Center), Creative Commons is a collaborative project designed to encourage and enable the sharing and use of creative works on the Internet. With materials it gathers and seeds—using open code, GPL/Copyleft licenses, and legal expertise—the Creative Commons group and its partners aim to reinvigorate the public domain.

ILAW: A first-of-its-kind program, ILAW brings participants from around the world together with top legal experts to explore the most pressing cyber law sues being debated by lawmakers, courts and practitioners in the US and other countries—including intellectual property online, the evolution of copyright, privacy v. security on the Net, the future of peer-to-peer, and cybercrime and jurisdiction.

Chilling Effects: A unique project to track threats to speech and expression on the Net, Chilling Effects was founded by Berkman Fellow Wendy Seltzer and is now supported by the combined efforts of the Electronic Frontier Foundation (EFF), the Berkman Center's Clinical Program in Cyberlaw, and cyberlaw clinics at the Berkeley, Stanford, University of San Francisco, and University of Maine law schools.

Open Economies: An ambitious "research and action" project, Open Economies is aimed at bridging the worldwide digital divide. It engages a wide community of contributors in a creative process of dialogue and proactive policy-making, while also working closely with existing government and business leaders.

Creative Commons helps you legally share your knowledge and creativity to build a more equitable, accessible, and innovative world.