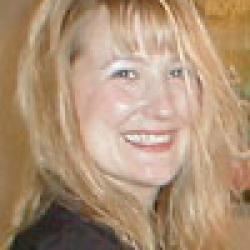 Archived Biography: Donna Wentworth was among the first staff members at the Berkman Center, joining what was then known as the "Center on Law and Technology" in 1997. As Web Publications Editor, Donna was author and editor of The Filter (June 1999-June 2003), reporting on developments and trends in Internet law and policy. She also created Corante's Copyfight: the Politics of IP, a group-authored weblog focusing on intellectual property politics and issues. She has spoken about weblogs and why they matter at Yale (Revenge of the Blog) and Berkeley (Weblogs, Information & Society). In 2003-2005, she was a Web Writer/Activist at the Electronic Frontier Foundation (EFF). Currently, she works as a Marketing Writer for Google.

During her tenure at the Berkman Center, Donna was a key part of several web-based initiatives, including Chilling Effects and GrepLaw. Among the projects for which she provided editorial input are the Digital Media Project with Gartner|G2, the Harvard Conference on Internet & Society, Signal or Noise? The Future of Music on the Net and Open Code, Open Content, Open Law.

In addition to her web publishing duties and projects, Donna oversaw the production of Berkman Center brochures and other printed materials and served as the Berkman Center's press officer.

Before joining the Berkman Center, Donna worked as a freelance copy editor and as an assistant in Harvard's Office for Information Technology (now University Information Systems). Prior to that, she was a Scholarly Books representative at the Dartmouth Bookstore. During college, she spent two summers as an English tutor in Japan.

Donna graduated with a bachelor's degree in English from Colby College. She later completed additional coursework in English Literature and Critical Theory at Georgetown University.

Copyright and Digital Media in a Post-Napster World

Our objective is to provide a foundation to answer key questions facing copyright holders, technology developers and consumers. Among these: How do we balance the legitimate…