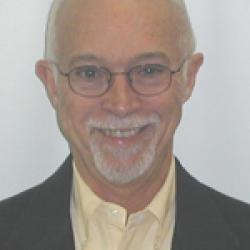 Archived Biography: Don joined the Berkman Center in October 2001. He researched the structure of a global, net-based, open-source learning consortium.

Prior to joining the Berkman Center, Don was the World Wide R&D Manager for Hewlett-Packard Operations (HPO). In this capacity he was responsible for managing the five software engineering laboratories of HPO. Previously at HP, McGovern was the Group R&D manager for the Professional Services Business Unit, and prior to that managed HP’s Software Labs in NJ. Before joining HP, McGovern was vice president in Novell’s Operating Systems Division.

Prior to joining Novell, McGovern was vice president and general manager at UNIX System Laboratories (USL), a spin-off of AT&T which was acquired by Novell prior to IPO. McGovern joined AT&T’s Bell Laboratories in 1971 as a oftware engineer developing computer systems for installation in Bell Operating Companies.

In 1974, he became district manager of information systems for South Central Bell, where he managed the development and implementation of computer systems to support company operations. In 1980, McGovern became division manager of AT&T Information Systems, where he managed the development of software for AT&T joint ventures in electronic transa tion services. McGovern was appointed department head at Bell Laboratories in 1987 with responsibility for the development of the Window System Extension to the UNIX System V operating system.

Prior to joining AT&T, McGovern taught computer science for two years at the University of Tennessee in Knoxville. He served for two years in the U.S. Army as a lieutenant in charge of managing data center operations in San Francisco, and later as an instructor of Vietnamese student programmers in Saigon. While in Vietnam, Don also taught courses for the University of Maryland's Extension Division.

McGovern was a board director of X/Open Company Limited, the Open Software Foundation (OSF), and the X Consortium. He is currently on the board development committee at the Shady Hill School in Cambridge, MA, and is a head coach for the Beacon Hill community girl’s softball league. Don is married, has three children and resides in Boston, MA.