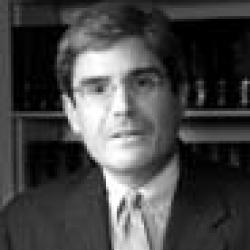 Bruce Keller is a Partner at Debevoise & Plimpton LLP in New York City, where he supervises the firm’s Intellectual Property Litigation Group. Bruce was a Fellow and Co-Director of the Clinical Program at the Berkman Center.

During his career, Mr. Keller has litigated a number of widely publicized intellectual property cases on behalf of Howard Stern and CBS Radio (over the on-air handling of cremated remains); American Express (involving false advertising claims against Visa); the National Football League (involving the unauthorized online streaming of NFL game telecasts and numerous trademark matters); CompuServe (involving trademark and copyright issues for its proprietary online service); Time and The New York Times Company (involving their right to distribute electronic versions of their publications); and The Washington Post Company, USA Today and CNN (involving the copyrights to their websites). Mr. Keller also developed and implemented the intellectual property protection program used by The Statue of Liberty-Ellis Island Foundation, Inc., the organization which raised the money for the restoration of the Statue of Liberty and Ellis Island by licensing its logos and trademarks.

Mr. Keller has written and lectured extensively on a variety of intellectual property topics. He is the co‑author, along with Jeff Cunard, of Copyright Law: A Practitioner’s Guide published by Practising Law Institute. In addition to maintaining a full-time litigation practice, Mr. Keller, along with Mr. Cunard, has taught at Harvard Law School.

His other publications include: “The Game’s the Same: Why Gambling in Cyberspace Violates Federal Law,” 108 Yale Law Journal 1569 (1999), “Condemned to Repeat the Past: The Reemergence of Misappropriation and Other Common Law Theories of Intellectual Property Protection,” 11 Harvard Journal of Law and Technology 401 (1998), “It Keeps Going and Going and Going: The Expansion of False Advertising Litigation Under the Lanham Act,” 59 Law and Contemporary Problems 131 (Spring 1996); “Maximizing Trademark Protection and Trademark Value,” Directors & Boards Magazine (Summer 1993) and “A Survey of Survey Evidence,” Litigation (Fall 1992).

He also was an Advisor to the American Law Institute’s Restatement of the Law: Unfair Competition, and is a member of the Advisory Board of BNA’s Patent, Copyright and Trademark Journal, the Advertising Compliance Service and The Entertainment Law Reporter, among others. He has been Counsel to the International Trademark Association (“INTA”), including in connection with the INTA’s amicus brief in the landmark Taco Cabana trade dress case.

Chambers USA (2007) recognizes Mr. Keller as “an exceptional litigator” who is at the “top of the field” and “better than anyone else” in copyright, trademark and internet related issues. Legal 500 US (2007) lists him as an “outstanding” intellectual property litigator. Hollywood Reporter Top 100 Power Lawyers (2007) proclaims Mr. Keller is a “go-to guy for copyright and trademark issues, particularly involving new technologies.” In addition, Mr. Keller has been recommended as a leader in intellectual property law by Chambers Global, Who’s Who Legal, Euromoney’s Guide to the World’s Leading Trademark Practitioners and PricewaterhouseCoopers’ Global Counsel.

For the reasons set forth above, amici respectfully urge this Court not to take the unprecedented and extremely disruptive step of expanding the application of Section 3A’s seven…

For the foregoing reasons, amici curiae intellectual property law faculty respectfully request that this Court uphold the District Court’s grant of summary judgment in favor of… 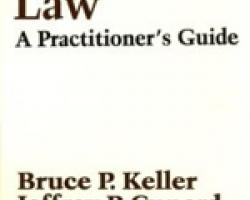 This semester, we will explore the nuts and bolts of advising and defending Internet-related businesses, organizations and individuals. With the help of practicing cyberlawyers…