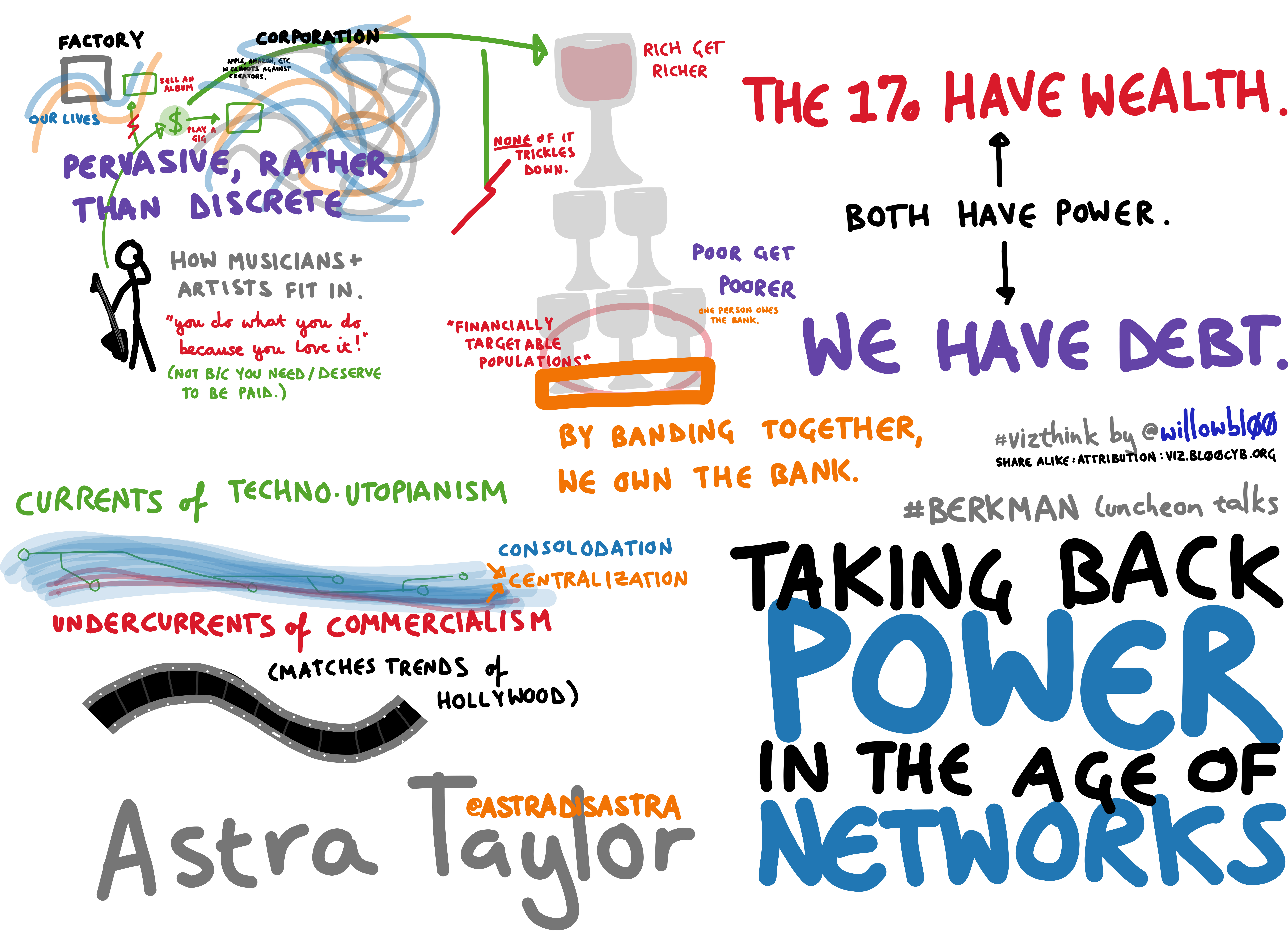 The Internet is said to be a space of democratic expression and transformation, both culturally and politically. But how true is that claim? What are some of the economic, technical, and legal obstacles in place? Drawing from my recent book, The People’s Platform: Taking Back Power and Culture in the Digital Age, and my experience as an artist and an activist, this talk will address campaigns by musicians against streaming services and debtors against creditors to reflect on the larger question of how to organize and leverage change in an age of virtual networks—be they networks of cultural distribution or financial ones.

Astra Taylor is a filmmaker, writer, and political organizer who was born in Winnipeg, Manitoba and raised in Athens, Georgia. Her films include Zizek!, a feature documentary about the world’s most outrageous philosopher, and Examined Life, a series of excursions with contemporary thinkers including Slavoj Zizek, Judith Butler, Cornel West, Peter Singer and others. Taylor’s writing has appeared in The New York Times, The Nation, the London Review of Books, Bookforum, n+1, and many other publications. She is the editor of Examined Life, a companion volume to the film, and coeditor of Occupy!: Scenes from Occupied America. Taylor also helped launch the Occupy Wall Street offshoot Strike Debt and its Rolling Jubilee campaign and Debt Collective initiatives, and has helped erase over $30 million dollars of predatory medical and educational debt as part of these efforts. Most recently she is the author of the book The People’s Platform: Taking Back Power and Culture in the Digital Age, which was named a New York Time Books Review “Editors’ Choice” and a Globe & Mail “Best Book of 2014.” She is currently working on a new documentary about democracy.