By now the perils of posting indiscrete photographs or information on social networking sites like Facebook or MySpace are well known—jobs are lost or denied, reputations diminished, and families destroyed by a single click. But the problem is far greater than this, argues Viktor Mayer-Schönberger in DELETE: The Virtue of Forgetting in the Digital Age (Publication date: October 2009).

DELETE argues that in our quest for perfect digital memories where we can store everything from recipes and family photographs to work emails and personal information, we’ve put ourselves in danger of losing a very human quality—the ability and privilege of forgetting. Our digital memories have become double-edged swords—we expect people to “remember” information that is stored in their computers, yet we also may find ourselves wishing to “forget” inappropriate pictures and mis-addressed emails. And, as Mayer-Schönberger demonstrates, it is becoming harder and harder to “forget” these things as digital media becomes more accessible and portable and the lines of ownership blur (see the recent Facebook controversy over changes to their user agreement).

Join the Berkman Center for a provocative talk and discussion on Viktor Mayer-Schönberger's newest publication Delete: The Virtue of Forgetting in the Digital Age.

Viktor Mayer-Schönberger is Associate Professor at the Lee Kuan Yew School of Public Policy and Director of the Information + Innovation Policy Research Centre. His research focuses on the role of information in a networked economy. Before coming to the LKYSPP he spent ten years on the faculty of Harvard¹s Kennedy School of Government. In addition to "Delete - The Virtue of Forgetting in the Digital Age", Mayer-Schönberger has published seven books, and over a hundred journal articles (including in SCIENCE) and book chapters. A native Austrian, Professor Mayer-Schönberger founded Ikarus Software in 1986, a company focusing on data security, and developed Virus Utilities, which became the best-selling Austrian software product. He was voted Top-5 Software Entrepreneur in Austria in 1991 and Person-of-the-Year for the State of Salzburg in 2000. He chairs the Rueschlikon Conference on Information Policy, is the cofounder of the SubTech conference series, and served on the ABA/AALS National Conference of Lawyers and Scientists. He holds a number of law degrees, including one from Harvard and an MS(Econ) from the London School of Economics. In his spare time, he likes to travel, go to the movies, and learn about architecture. 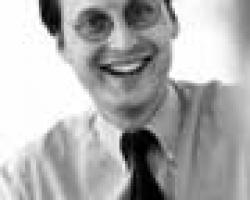