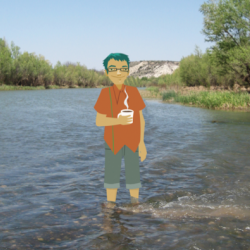 Bill Shribman is a Senior Executive Producer and also the Director of Digital Partnerships at WGBH in Boston. He is a producer of apps, websites, augmented reality and other digital shenanigans for many signature broadcast brands including Arthur, and Curious George. These high traffic projects have won many awards including the Prix Jeunesse, two Emmys, and the George Foster Peabody Award. He is the creator of several original digital projects including The Fin, Fur and Feather Bureau of Investigation, Ruff Ruffman: Humble Media Genius and The GREENS. He blogs at GeekDad and is a public speaker on topics from privacy and to media literacy to STEM. His TED-X and TED-Ed talks have focused on another passion, photography. Visit wgbhkids.com for more.