This section of the wiki acknowledges core criticisms of the Pharos project and recommends future work that can be done to address some of these concerns. It addresses foundational critiques of the project, practical concerns, and potential unintended consequences that may result from the project.

For example, internet penetration in Africa remains low—one 2010 study estimates that only about 10.9 percent of the population in the continent has internet access.&#91;2&#93; The lack of internet access could explain why human rights activists make limited use of video technologies to upload human rights content onto the web. Social norms may also drive whether and how technologies are used to further human rights. In addition, some activists might choose not to film and circulate videos documenting human rights abuses because increasing international exposure of a particular type of government abuse may not stop government abuses.&#91;3&#93; The “range of human rights abuses” is wide, and human rights advocacy taking the form of “pursuing reform through formal judicial routes or diplomatic channels” might be more effective in a variety of situations.&#91;4&#93; The solution offered by Pharos may be ill-suited to addressing first-order issues like network connection and practices surrounding technology use.

More precision is needed in defining the problems Pharos hopes to solve. In internal discussions, the Pharos team proposed several potential hypotheses, each of which should be critically examined:

Human rights videos are not widely disseminated on the internet because:

Some of the problems above can be addressed without the creation of a new organization and the design of a new technological system. For example, in order to address human rights activists’ lack of technical expertise, some researchers have run technology training sessions.&#91;5&#93; Patrick Meier, a researcher studying the use of technologies in civil resistance against repressive regimes, has led technology training sessions to teach individuals how to use technologies like Ushahidi, a tool that uses crowdsourced information to map the emergence of natural disasters and government abuses against citizens.&#91;6&#93;

If existing technologies are not being leveraged to the extent possible by human rights activists because they do not know of these tools’ existence, training sessions or branding efforts may similarly be used to inform human rights activists of the tools at their disposal. Low-cost video editing software that strips metatags from the video and enables face blurring could provide a similarly narrow solution to address the problem of government efforts to identify and jail dissidents who upload or are featured in human rights videos.

The success of Pharos’s mission depends on acquiring adequate funding; developing a clear policy to meet its objectives of enabling, protecting, and promoting human rights; and making video upload simple enough to encourage activists to use video technologies more frequently to capture and circulate content on human rights abuses.

The costs of running a non-profit organization like Pharos would be significant. Resources would be needed to train a sophisticated technology team to keep the Pharos’s servers secure. Regular staff would be needed to blur faces and remove metatags and other identifiable information from the videos. Educating human rights organizations about Pharos and branding and disseminating information about Pharos would also be expensive because it would require visiting many different NGOs around the world.

Finding sources of funding might be problematic because of the highly political nature of Pharos’s mission. All of the potential sources of funding—governments, venture capitalists, and philanthropists—would likely have concerns that limit their willingness to donate.

Most governments would fear the destabilizing effects of videos posted by their citizens or the geopolitical consequences of funding such an effort. Most venture capitalists and other profit-seeking investors would not be interested in funding Pharos because Pharos will not generate profit.

Even though many philanthropists might be initially attracted to the broad goals of Pharos, some of them may object to the organization’s definition of acceptable content.&#91;7&#93; For example, an American philanthropist that generally supports ending human rights abuses may object to Pharos’s willingness to release video content exposing American troops’ firing on Iraqi or Afghani civilians because of the video’s potential to further deepen anti-American sentiment in the Middle East.

Extremist groups might submit videos to Pharos that are intended to terrorize a population. Determining whether it is appropriate to disseminate a video showing the capture or the killing of a civilian would be difficult. When the video of journalist Daniel Pearl’s beheading circulated on the internet, many video hosting services decided to continue hosting the video even though some individuals, including Senator Joe Lieberman, asked for YouTube to remove graphic and violent videos that seemed to further the end of terrorists.&#91;8&#93; Like Lieberman, some philanthropists might object to content that is distributed to further the end of a terrorist or extremist organization.&#91;9&#93; YouTube’s Community Guidelines advises uploaders not to post content that contains “graphic or gratuitous violence”&#91;10&#93; and yet YouTube decided that First Amendment rights and the right of the public to know what had happened to Daniel Pearl trumped other concerns. In a similar situation, what position would Pharos take? Should the board remove the video to refuse satisfying the whims of a terrorist organization? Or should a larger interest in human rights or in circulating the truth trump other considerations? What positions would the former political leaders on the Pharos board take and how would those views influence Pharos’s decision?

Defining the scope of acceptable content presents a particularly thorny problem for Pharos’s advisory board even though Pharos could skirt some issues by abiding by a policy that is as inclusive and as politically neutral as possible.

One set of policy guidelines the Pharos team intended to model was the CNN iReport Community Guidelines.&#91;11&#93; CNN iReport asks individuals to not post:

If adopted, several of the guidelines listed above would be difficult to interpret. As mentioned before, would video content showing the capture of a civilian journalist and his beheading violate the guideline that bars content “contain[ing] violent images of killing or physical abuse . . . captured solely, or principally, for exploitive . . . or gratuitous purposes”? 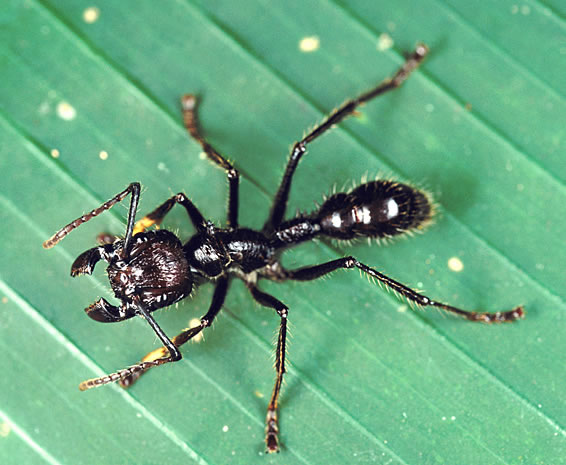 Furthermore, what is a human rights violation in one country might very well be a venerated tradition in another society. Determining the right level of deference to pay a particular society will be challenging. The Satere-Mawe, an indigenous people in Brazil, perform a male adulthood initiation ritual in which boys stick their hands in a glove filled with bullet ants whose bites inject venom into their victims, causing severe pain, temporary paralysis in the arms, and uncontrollable shaking that may last up to twenty-four hours.&#91;13&#93; In other societies, un-anaesthetized male circumcision is performed on teenage boys without sterilized medical instruments as part of a religious ritual, and botched circumcisions routinely leads to death.&#91;14&#93; Do these rituals constitute human rights abuses?

A board that consists of former political leaders, philanthropists, and academics is also likely to encounter disagreements that might stall the creation of, or adherence to, a clear policy regarding acceptable content.

It is unclear how Pharos would identify and ban fabricated human rights videos if most individuals submitting videos do so with little to no identifying information attached on the video to help the Pharos content team determine what is credible content and what is not. Without an effective procedure to identify and remove fabricated videos, Pharos might instigate needless political unrest or erode its own credibility, undermining activists’ and viewers’ trust in its ability to disseminate accurate information.

Another area of concern is ease of use by the end users. To be successful, Pharos would ideally make video upload easier than currently available tools do. One of the methods of video upload discussed by the team would require accessing a VPN or Pharos-specific Tor network.&#91;15&#93; These methods of uploading videos to Pharos might be prohibitively complicated for the average human rights activist.

Finally, it is disputable just how secure the direct channels between human rights activists and the centralized Pharos organization can be, from a technical standpoint.&#91;16&#93;

If Pharos works as intended and broadcasts information about human rights abuses, governments will have a strong interest in discovering the identity of the video uploaders and the identity of individuals in the videos. Governments will be most interested in accessing the videos given to Pharos in their pre-sanitized version so that government agents can identify the faces of protesters or use other identifiable features of the video to determine who shot the video.

The creation of Pharos could leave human rights activists worse off than before if Pharos’s promise of anonymization and security is relied upon and not kept.

Other problems related to the internet architecture within countries will likely play a larger role in the adoption of any technology liberation tool than the mere existence of the tool. In reaction to political unrest, the government of Egypt took its entire country offline on January 27, 2011.&#91;17&#93; Other countries like China block internet access in certain portions of the country where political unrest—and human rights abuses—exists.&#91;18&#93;

If Pharos were to initially succeed at helping activists exfiltrate videos documenting human rights abuses, repressive regimes might react by taking their countries offline any time there is political unrest likely to erupt in human rights abuses by their military and paramilitary forces. Such a result would not only undermine populations’ access to information about human rights, but a far-ranging scope of communication channels and information as a whole.

First, the impulse to take human rights activism online might distract citizens—and governments—from participating in meaningful, real-world reforms.&#91;19&#93; The internet is not always the best forum or outlet for pursuing relief from human rights abuses.

“The right path of action to help solve human rights problems is context-specific. If you really want a bad situation to change, you need to think about timing issues, framing issues, who to go to in order to publicize news about an abuse…. You have to examine what is the incident involved and who is the actor perpetrating the incidents. Tweeting or posting a video documenting a human rights abuse in most contexts will not induce the perpetrator to stop.” &#91;20&#93;

Second, the international naming-and-shaming of a government for its human rights abuses may also have the serious and unintended consequences of worsening human rights conditions for citizens living under the rule of a shamed government.

For example, in 2002, the Nigerian government sentenced Amina Lawal to death by stoning after she gave birth out of wedlock.&#91;21&#93; Her case quickly gained international attention, and the media and human rights activists in the West organized an international letter-writing campaign demanding the courts to reverse the sentence.&#91;22&#93; During this time, Lawal was not in danger and her case was still pending appeal.&#91;23&#93; As international uproar over the case increased, tensions between the local NGO representing Lawal and the Nigerian judicial system increased.&#91;24&#93; Significantly, many Western audiences had gotten the facts of Lawal’s case wrong and the local NGO representing Lawal feared that the inaccuracies in the media were hurting Lawal’s case.&#91;25&#93; The NGO urged the well meaning, but misdirected, petitioners to stop.&#91;26&#93; They had reason to believe that the international scrutiny and mangling of the facts would do Lawal more harm than good: earlier, an unmarried teenager convicted of extramarital sex was flogged “deliberately . . . to defy” what a local official described as “letters from infidels.” &#91;27&#93;

Sanitizing the videos could go a long way toward protecting the victims featured in the videos, but encouraging the filming and circulation of human rights videos could still politicize issues in a way that may worsen conditions for individuals living under a repressive regime. Pharos needs to carefully consider the possibility that it would in fact worsen the very conditions it was designed to improve.