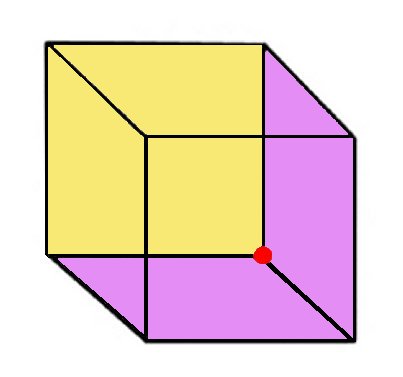 ccwalsh says: You're right that there are actually three ways to see the image. I think the two that people typically mean are the two cubes. Those are the two that it's impossible to perceive at the same time.

LCiaccio says: I beleive there are four ways to see the cube: (1) two dimensional, (2) and (3)both cubes (different sides in front) and (4) as the object that Prof. Nesson showed in class (a three dimensional object that is not a cube, with both sides coming toward you to different extents).